A new design team has been hired for the Harbor Bridge replacement project in Corpus Christi, Texas, to replace FIGG Design Group.

FIGG was fired from the project by the Texas Department of Transportation last year after the company was partly blamed for the fatal collapse of a pedestrian bridge being built at Florida International University. 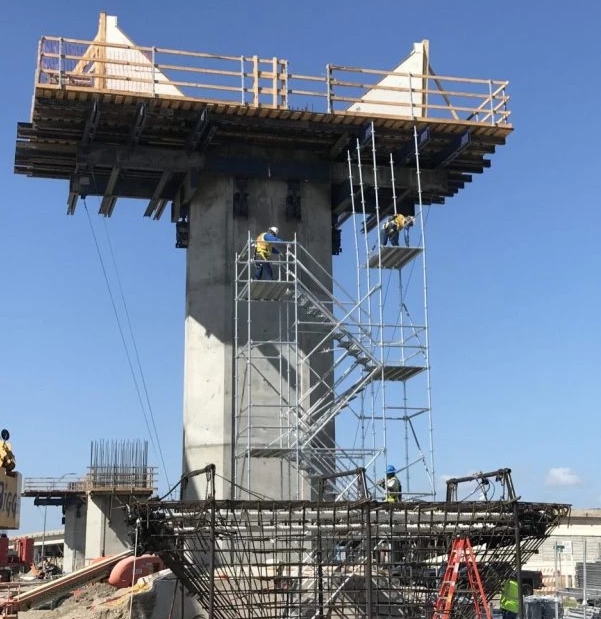 TxDOT announced July 23 that a joint venture of Arup and Carlos Fernandez Casado, called Arup-CFC, will be the Harbor Bridge’s new designer. The team was hired by the replacement bridge’s developer, a joint venture of Flatiron and Dragados. Global Heavy Machinery Parts Dealers: AGA Parts.

In removing FIGG from the project, TxDOT cited a National Transportation Safety Board investigation of the 2018 Miami bridge collapse. The report released in October cited load and capacity calculation errors by FIGG for the pedestrian bridge’s design. It also said efforts by FIGG to address large cracking in the bridge led to the collapse that killed six people and injured others. FIGG has denied it was at fault for the collapse, saying it was caused by construction flaws not the design.

FIGG’s design work is also being questioned on another large project in Texas, the Sam Houston Tollway Ship Channel Bridge Replacement Project. The Harris County Toll Road Authority halted work in January of the main pylons on the cable-stayed portion of the bridge for a consultant to review FIGG’s design. The $962 million project represents the toll authority’s largest project ever. The consultant determined the curved portions of the pylons were not stiff enough to support the bridge deck. HCTRA has allowed FIGG to design a solution for consultant COWI North America to review.

COWI released a review in March that found “21 areas of significant concern.” The analysis recommended undertaking some corrective work on constructed components, revising components not yet constructed and “undertaking additional investigations into whether the potential consequences of leaving certain already constructed components as-is would be acceptable even though this review has identified that they do not conform to the project standards.” COWI’s concerns centered on wind loads, traffic loads, and vertical load-displacement on the piles.

The analysis recommends that COWI and design team members, including FIGG, work together to resolve the concerns.